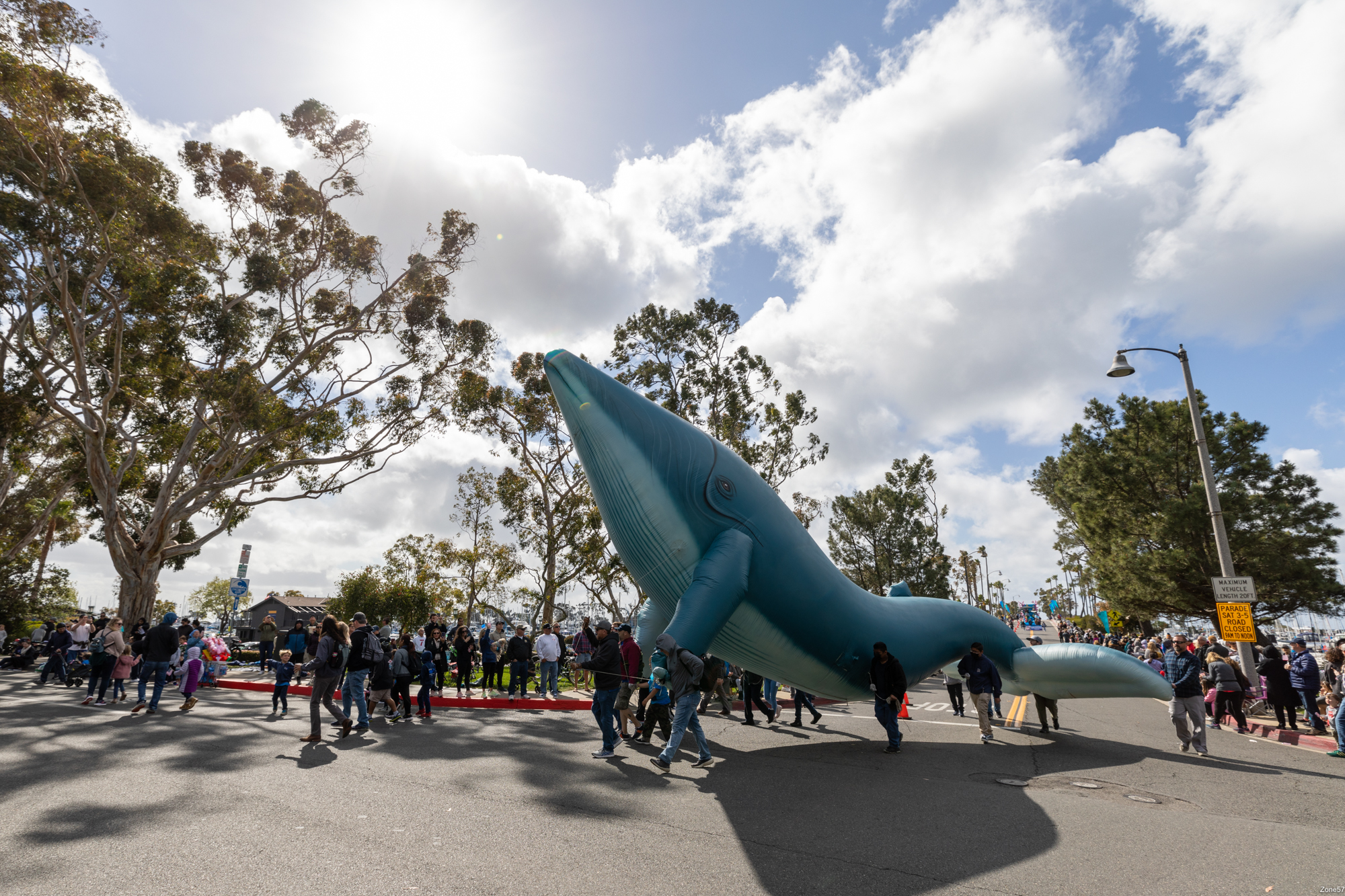 SUPPORT THIS INDEPENDENT JOURNALISM
The article you are about to read comes from our journalists doing their important job – investigating, researching and writing their stories. We want to provide informative and inspiring stories that connect you to the people, issues and opportunities within our community. Journalism requires a lot of resources. Today, our economic model has been interrupted by the pandemic; the vast majority of our advertisers’ activities have been impacted. This is why the PD time now looks to you for financial support. Learn more about our new Insider program here. Thank you.

Hundreds of people gathered at Dana Point last weekend for the 51st Annual Whale Festival, which featured many activities and events including the Magical Migration Parade, all celebrating the annual gray whale migration.

The opening day of the festival was particularly windy, as those holding the strings of the giant whale, turtle and shark balloons fought the wind to keep the balloons close to the ground.

The weekend’s events kicked off just before sunset on Friday, March 4, when members of the Acjachemen Indigenous Nation and the Dana Point Surf Club gathered on the beach behind the Ocean Institute to bless the gray whales that migrate beyond Dana Point.

As the winds picked up, prompting a high surf warning, seven Surf Club members braved the waves for a special paddle during the Whale Welcome Ceremony.

After the ceremony, Donna Kalez of Dana Wharf Sportfishing & Whale Watching and Gisele Anderson of Captain Dave’s Dolphin and Whale Safari announced efforts to keep the whales safe and the waterways clean.

To maintain the designation, the Dana Point Whale Watching Corporation has developed initiatives to maintain the waterways and educate boaters about whale safety.

“A whaling heritage site is an exceptional place where cetaceans, whales, dolphins and porpoises are embraced through the cultural, economic, social and political life of associated communities, and where people and cetaceans authentically coexist. and respectful,” Kalez said.

Dana Point Whale Watching developed the Be Whale Safe campaign to teach boaters how to be safe around whales. Dana Wharf and Captain Dave’s are also participating in the search.

The company has also adopted a freeway strip along Interstate 5. There will be six signs placed along the freeway to inform drivers that Dana Point is the Whale Watching Capital of the World, including the cost pays for litter to be picked up along the road. Highway.

The company has also led an effort to report and recover balloons at sea. More than 1,500 balloons have been recovered over the past year through this effort, according to Kalez.

Dr. Ari Friedlaender, cetacean specialist, was also present after the ceremony on Friday evening to give a lecture on whales and their impact on their environment.

Just before the Saturday morning parade, competitors from the Carboard Classic and Dinghy Dash gathered at Baby Beach early to build their makeshift boats.

In the Dana Point Harbor parking lot, visitors could stroll through the Whales, Tails and Ales street fair, which featured local artisans and dog-friendly vendors, as well as a dog costume contest, craft beer and inflatable play structures.

There, art students from Dana Hills High displayed their works, including pottery, photography, drawings and paintings.

The festivities continued on Sunday, March 7, when families had the chance to dig for treasures and raise money for various children’s charities during the Diamond Dig at Baby Beach.

In the afternoon, Drea Sheva, Neon Nation and Who’s Zeppelin played classic ’80s music while raising money for the Dana Hills High School swim program. The groups rocked atop a floating stage on the water at Baby Beach.

Nearby, a barbecue was served and a Spirit Garden for ages 21 and up raised funds for the Marine Corps League South Coast Detachment.

Breeana Greenberg is the city reporter for the Dana Point Times. She graduated from Chapman University with a Bachelor of Arts in English. Prior to joining Picket Fence Media, she worked as a freelance journalist for the Laguna Beach Independent. Breeana can be reached by email at [email protected]

BECOME AN INSIDER TODAY
Trustworthy, accurate and reliable local news is more important than ever. Support our newsroom by making a contribution and becoming a subscriber today.