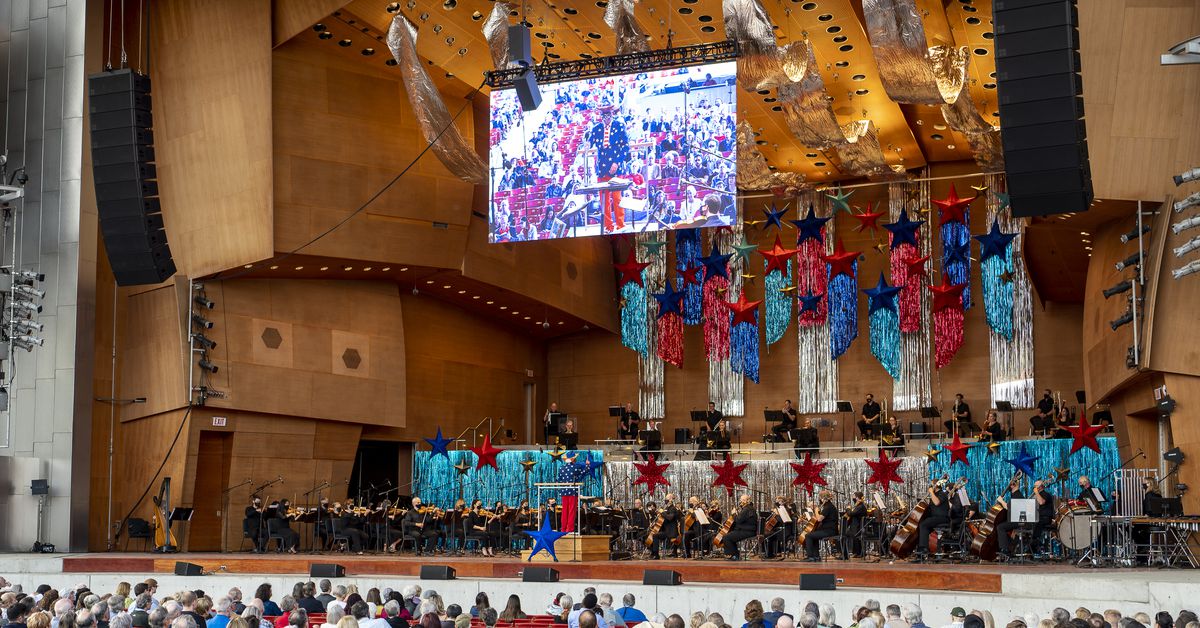 The sounds of classical music will once again fill the air this summer on the Chicago lakeside. The Grant Park Music Festival announced its full 2022 season in Millennium Park on Tuesday.

The in-person festival was canceled in 2020 due to the COVID pandemic, but returned last year for an eight-week run.

This year’s festival highlights focus on diversity, equity and inclusion, Tuesday’s announcement said, with an increase in works by women and composers of color.

The annual “Lights on Broadway” program (8:00 PM, July 8-9) will feature “Sunday in the Park with George”, “Hamilton”, “South Pacific” and other iconic musicals. “A Mariachi Fiesta” (6:30 pm August 3) pays homage to the city’s Latin American communities and cultures. Tchaikovsky’s String Serenade (July 25 at the South Shore Cultural Center and July 28 at the Columbus Park dining hall) will feature members of the Grant Park Orchestra and the Project Inclusion String Quartet.

Other key events include the annual Independence Day Salute (7:30 p.m. on July 2 and the Circus Goes to Hollywood (8 p.m. on July 6), featuring aerials and jugglers from the Troupe. Vertigo performing choreographed movements to music from iconic films The Grant Park Chorus will celebrate its 60th anniversary with an a cappella concert (6:30 pm August 4) of choral classics in works by Samuel Barber, Eric Whitacre and Morten Lauridsen.

All concerts are free and most take place at 6.30 p.m. on Wednesdays and Fridays and at 7.30 p.m.. Saturdays. For the full schedule, times and locations, visit gpmf.org.

The Bass Coast Festival unveils its 2016 program [event is officially sold out!]